In Loving Memory (1928-2023) ~
From the Lows lands of Holland to the Mountains of B.C. our Dad is at his final rest. He was born in the Netherlands at Wildervank, Groningen and grew up in Hippolytushoef, Holland.
Dad immigrated to Canada in 1952 with Albert and Annie along with his first wife, Trudy. First stop was Saskatchewan but soon they moved on to the Okanagan where Dad learned all about pruning fruit trees. We guess trees were growing on him as he moved the family to Revelstoke where he became a logger and soon operated his own sawmill.
Dad married his second wife Mary, our mother, in 1964, and together with Cheryl and soon after Brad, we quickly became a family of six.
Dad and Mom later moved to Sicamous where we all had great times on Mara Lake, once more back to Revelstoke and then lastly to Kamloops where they found joy in being around their youngest grandchildren, hosting their grown kids and having many wonderful family dinners.
Sadly, our Mom passed away before him in 2019, and now he leaves his children, Albert (Diane), Annie (Chuck), Cheryl, and Brad (Chantelle) to grieve them both. Dad also leaves 10 grandchildren, 6 great-grandchildren and 1 great-great-grandchild who will miss his loving teasing ways.
Dad was predeceased by his older brother, Henk van Goor. Also left to grieve are his younger brother Albert van Goor, sister Tina de Jager, sisters-in-law Hennie van Goor and Del Peressini, and their families.
Raising two generations of children kept Dad young, active, laughing and always “tinking”.
Albert and Annie are very grateful to Cheryl, Brad and Chantelle for always being there for Dad these past few years while he was on his own.
We will all miss you Dad.
UIT HET OOG MAAR NIET UIT HET HART.
In lieu of flowers a donation may be made to the Marjorie Willoughby Snowden Memorial Hospice Home, 72 Whiteshield Crescent South, Kamloops, B.C., V2E 2S9, in memory of Jack and Mary van Goor.
A celebration of life for Mom and Dad will be held at a later date.
Arrangements entrusted to Cypress Funeral & Cremation Services 250-554-2324
Condolences may be expressed to the family from cypressfuneral.ca 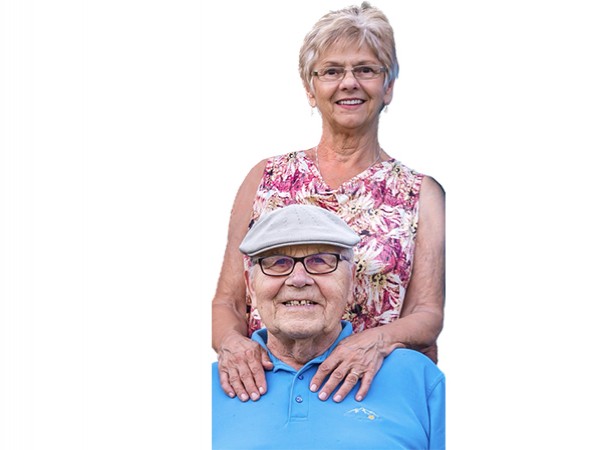