One-week of interactive art exhibits placed throughout the streets of Revelstoke could draw a cultural focus to the city like never before.

In a first for Revelstoke, art will be the highlight against our outdoor wonderland backdrop with the Luna Art Festival, which aims to draw tourists to town in the slower shoulder season of early October.

“Luna will bring art and energy to the streets of the city, in a way that artists, businesses and patrons can all collaborate,” Revelstoke Visual Arts Centre executive director, and Luna organiser, Victoria Strange said.

Strange and Miriam Manley, the executive director of the Revelstoke Arts Council, came up with the idea of the festival from larger-scale art-walks such as Nocturne in Halifax and Nuit Blanche in Toronto.

Luna will feature about 25 art projects in a number of traditional and interactive exhibits that will allow the community to think outside the box.

Several high profile artists will showcase their work, such as Angela Gooliaff from Vancouver. Her exhibit will be a glow-in-the-dark giant colouring book mural inside The Taco Club.

Nakusp’s Kate Tupper, a steel sculpture artist who recently was featured in the Columbia Basin focused ARTiculate Magazine, plans to create a twelve-foot planetarium, the concept of which is pictured above.

“We’re really excited about the projects,” Strange said. “We have a nice variety of pieces.”

The opportunity to create and receive the $500 stipend is a boost for the local art community. Many local artists are involved such as Lucie Bergeron whose contribution will be an umbrella walk, with a variety of colourful umbrellas to be placed in the alleyway next to the Explorers Society Hotel.

Other site-specific pieces will involve lighting, sound, projection and movement. 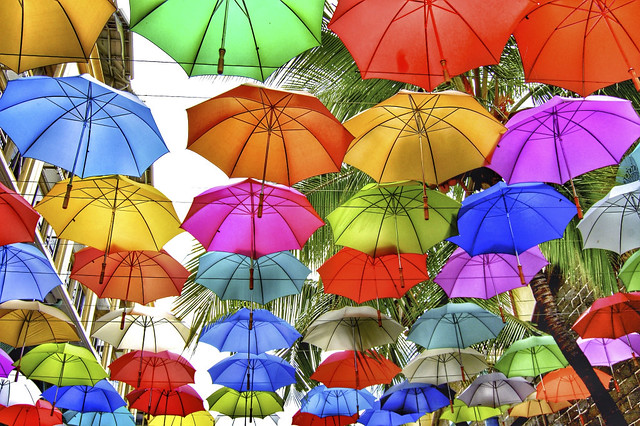 Photo: Lucie Bergeron will be creating an umbrella walk, like the one pictured, in the alley next to the Explorer’s Society Hotel.

Artists were selected earlier this year and Strange recently met with the Public Art Committee to work out the feasibility and bylaw issues of the festival to make it happen. The festival is expected to cost about $35,000, with funds coming from the Resort Municipality Initiative, Revelstoke Accommodation Association and the Canada 150 Fund.

Luna will run from September 30 to October 8, with a pre-opening event the night before at the Visual Arts Centre.

The arts and creative scene in Revelstoke is growing, with many finding inspiration in our surrounding nature and vibrant community. Focusing local talent on the downtown of Revelstoke and involving local business, the festival aims to transform the familiar into something new and fantastic, say organizers.

“Revelstoke is known as such an adventure outdoor town; you can find a million things to do if you’re an adventure person,” Strange said. “It’s defining of Revelstoke, however arts and culture doesn’t yet have as much of a brand here.” 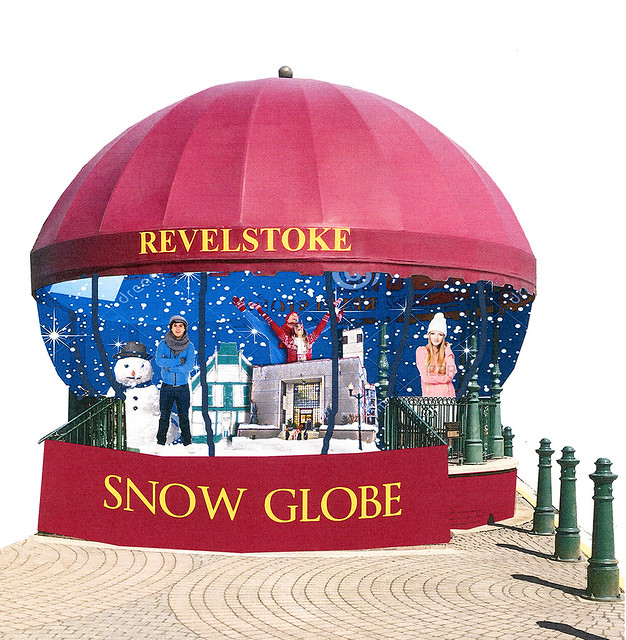 Photo: Rob Buchanan, Jess Leahey and Greg Hoffart will be turning the gazebo in Grizzly Plaza into a giant snow globe.

Strange believes this will be a unifying event to put the city on the map and make people want to come to Revelstoke for arts and culture specifically.

The city in recent years has struggled to find an event that will sustain tourism in the shoulder season months and organizers hope Luna is the answer as it is less weather dependent. If the event proves to be a success in Revelstoke and has holding power, it will likely return and grow next year.

QUIZ: A celebration of summer fun